The problem that never goes away: Fraud in the food industry seems to be a problem that is not likely to go away anytime soon. Recently, we have seen the return of classic examples of food fraud, like horsemeat destined for the European food market as beef, and poor quality vegetable oil being traded in grocery stores as extra virgin olive oil. Even the pharmaceutical industry reports that fraud is becoming a serious problem, with the WHO now estimating that half of all drugs purchased from online pharmacies are potentially counterfeit. The EU has set up its own task force to handle the problem, and INTERPOL is considering food fraud as Europe´s second largest black industry, second only to illegal drug trafficking. And, after the pandemic hit the world in 2020, the number of reported food fraud cases have risen even more. The problem seems to be growing rather than dissipating, but luckily consumer awareness about the problem is increasing too, and according to Innova Market, Transparency will become the number one focus for consumers in 2021.

The return of an old acquaintance

In 2013, the world was shocked by the Horsegate scandal, where it was revealed that horsemeat had been traded as beef on the European food market. The horsemeat had found its way into frozen lasagna products and caused widespread product recalls followed by massive media coverage and lawsuits. Since then, laboratory testing of beef is routinely being performed to confirm the absence of horse. 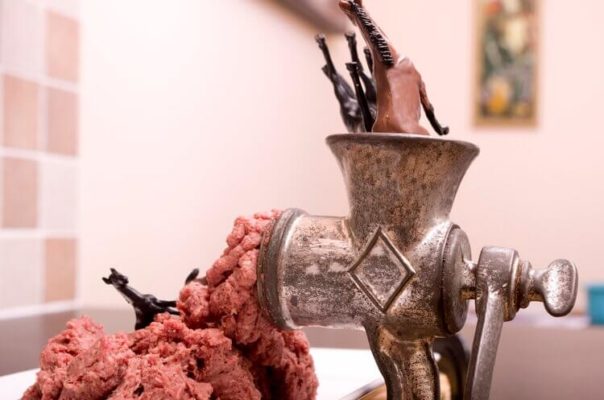 Recently, numerous new reports have surfaced about police seizures of horsemeat destined for the European food market. However, this time the fraudsters` aim seems to be to more sinister; Whereas before, fraudsters substituted expensive beef with cheap horsemeat, this time they used meat from racehorses and introduced it to the food supply chain by tampering with the horses´ passports. One operation conducted in Belgium and The Netherlands during the first half of 2020, revealed that about 20% of the passports of 157,000 horses had been tampered with. During the same operation around 117 tons of horse meat was seized by the police.

Another well-known example of food fraud concerns olive oil, where the best extra virgin quality typically is replaced by cheaper qualities such as virgin, refined or lampante. The olive oil can also be diluted or replaced by other vegetable oils. The prices between the different oil qualities vary substantially. Therefore, replacing the extra virgin quality with less costly and lower quality oil variants can be very profitable for those who are tempted. 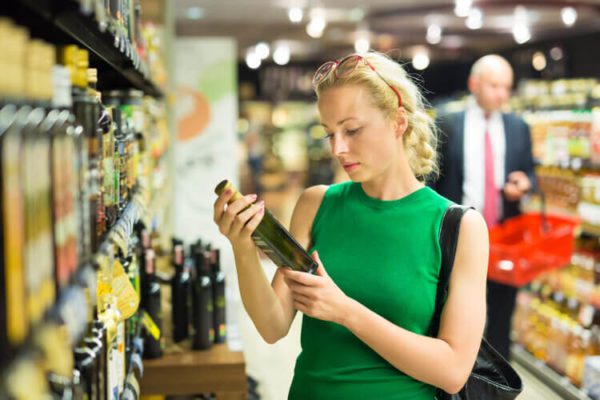 From the beginning of January to the end of March 2020, German food surveillance conducted 83 different controls of olive oil products acquired from wholesalers, importers and exporters, as well as bottling plants, retailers and the catering trade. The results showed that about 25% of all oils tested contained irregularities, most of which showed that the extra virgin quality had been replaced with the lowest lampante quality.

Traditionally, the pharmaceutical industry has been shielded from scandals of fraud. Sold via doctors and pharmacies, the trade of drugs has been well managed and regulated by authorities.

However, during the pandemic in 2020 the number of drugs sold online exploded, and with it the number of illegal websites selling drugs rose too. According to the The World Health Organization, more than half of all drugs purchased from online pharmacies are potentially counterfeit, and 100% of online searches for medicines return links to illegal websites. The drugs sold on such websites can literally come from anywhere in the world. For instance, in 2020, Italian police seized 84 million pills of a known drug allegedly produced by ISIS in Syria, and there have been several reports of Mexican cartels getting involved in producing counterfeit medicines as well. 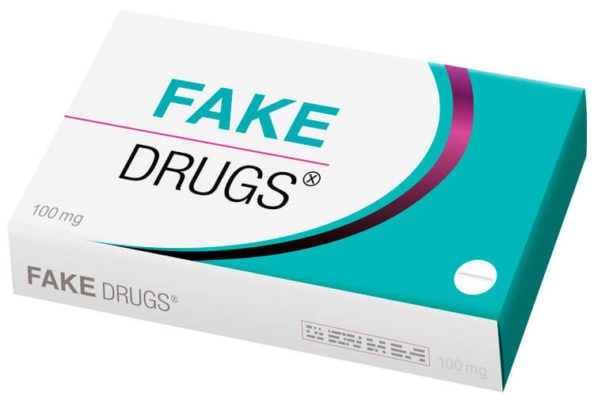 So, who is to blame for the increasing levels of fraud?

This is a complex question to answer, as food fraud can take place on many different levels, come in many different forms and be motivated by a number of factors. But usually, profit is at the center of it. In some cases, brands are tempted to become creative in their efforts to attract consumers by promising high quality products at suspiciously low prices. In other cases, suppliers may feel squeezed and forced to seek creative solutions to protect their margins in order to remain competitive among big brand or retail clients. A third category is exemplified by the horsemeat scandal, where middlemen deliberately replace expensive ingredients with cheap ones – either of lower quality or different origin – for the sole purpose of economic gain.

The pandemic situation in 2020 has not made the situation any better and has caused further strain on supply chains all over the world. As a result, many suppliers and brands have been forced to source ingredients from suppliers outside of their regular supply network while sometimes neglecting to conduct a thorough due diligence and quality control simply to keep up with demand from the marketplace.

Food fraud is a complex problem which occurs across the value chain. It is safe to say that consumers have every reason to be concerned. Whether it is at the local grocery store, pharmacy or online, counterfeit products are prevalent and hard to avoid. At the same time, end users should be vigilant and demand more transparency from producers and brands as part of their purchase decisions.

Many of the larger food fraud scandals that have surfaced over the last few years have received wide-spread media attention, which, on the positive side, has created increased consumer awareness about the problem. Compared to a few years ago, consumers are now more knowledgeable, but also more concerned. People want to know about the origin of the products they buy as part of the purchase decision. They want to be reassured that the products they buy are safe and made from sustainable sources. The focus on sustainability has been dominant throughout the food industry for quite some time, but it is difficult for consumers to know how sustainable one product is from another. Many brands have responded to this challenge by creating products that tell stories about sustainable sourcing. Such stories can be about the fish on a person´s plate and how it lived a good life and was caught in clean, cold waters. Or the story can be the olive oil people mix in salads that was made by an Italian farmer using only extra virgin oil from his finest crop. 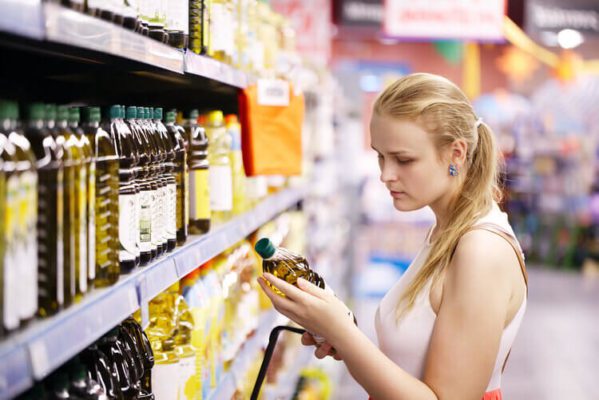 But can we always trust these stories? In many cases, we cannot. In most cases we should not. Consumers are paying attention, and recent reports tell us that consumers are starting to question the information on the product labels to a greater degree than before. They are starting to demand documentation backed up by data and evidence. They are demanding evidence-based transparency. According to Innova Market´s recent report for consumer behaviour for 2021, transparency will be the number one focus for consumers, and they are willing to pay for it. This tells us that we are moving from a situation where consumers say they care about origin and sustainability to a situation where they act on it with their wallets. Brands and producers will do well to adjust to this reality.

What is transparency and how to practice it

Transparency is word used in many contexts, and with many definitions. In terms of food labeling, it can be defined as providing consumers with information that goes beyond the required nutritional facts. Usually, it involves information about the origin of the ingredients and how they have been processed or produced. But while the definition of the term is fairly straightforward, how it is practiced varies a great deal, particularly in terms of how well the provided information is documented and proven.

The simplest form of transparency can be that a brand states the origin of an ingredient on a product label. This requires a great deal of trust in the brand among consumers to be believed and have value, and not all brands enjoy such trust. The next level involves the use of an independent, third party certification company to verify the information communicated about the origin of the ingredient. The use of such third-party certifications has increased along with increased demand for transparency in recent years, but the question still becomes: Can consumers always trust the certifications? Most certifications are based on paper-based documentation, such as catch reports or health certificates issued by local authorities. It is, however, well known that documents can be tampered with, as exemplified by the fake horse passports referred to earlier. We are in other word risking what in computer science is referred to as GIGO, garbage input – garbage output. 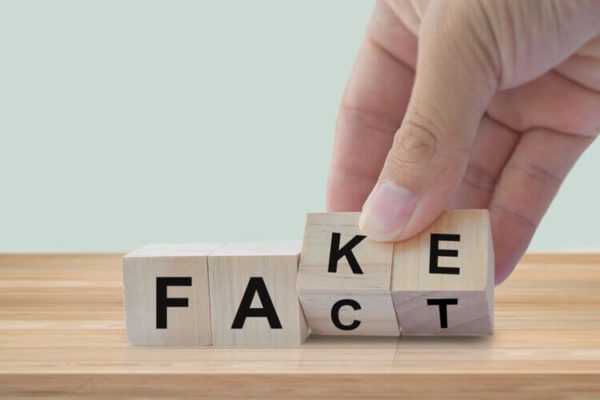 Trust is built and earned over time, and is the responsibility of all parties involved in making a food product. While it is true that trust needs to begin somewhere in the value chain, beginning with the finished product rather than lower down in the value chain may be a better solution. Introducing actual lab-based product testing and evidence-based verification is key in this respect, and represents the safest way to assure end users that the information stated on a product label is correct and the product is authentic. Such evidence-based transparency has been widely used to document key properties of bulk products for a long time, but is now starting to make its way onto the labels of consumer products as well. It´s time to embrace it!

Categories
XWe use cookies on our website to give you the most relevant experience by remembering your preferences and repeat visits. By clicking “Accept”, you consent to the use of ALL the cookies. However you may visit Cookie Settings to provide a controlled consent. REJECTACCEPTCookie settings
Manage consent